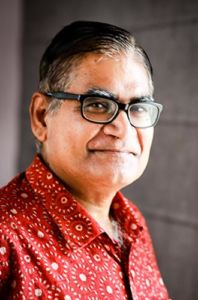 PROF. S.N. MISRAVisiting Faculty
Prof. S.N.Misra, did his MA in Applied Economics with International Trade and Statistics as his special papers with first class. He did his Ph.D. (Economics) on “Challenges, Before Self-Reliance in Critical Defence Technology”, a pioneering area on the subject. Initially he was the Indian Economics Service (1976-79) when he did Cost Benefit Analysis of World Bank Projects and handled International Development Agency (IDA) desk. Thereafter, he was an Officer in the Indian Defence Accounts Service (1979-2012), when he served as Director (Finance) with DRDO, Financial Advisor and Joint Secretary to Indian Air Force & JS (Aero Space). He authored the Defence Procurement Manual (2005), drawing encomiums for the Prime Minister’s Office. Before voluntary retirement in 2012, he was Principal Controller of Defence Accounts (Navy) & PCDA (Southern Command) in the rank of Addl. Secretary to Govt. of India. He was trained in IRBM, California, Defense Acquisition University, Washington, Marshall Institute of Strategic Studies, Munich, IIMs, Calcutta and Bangalore.

Post retirement, he teaches Economics and Constitutional Law in KIIT University and contributes handsomely to prestigious journals on Development Economics, Defence and Public Policy. He is a regular columnist in Orissa Post and speaks passionately in important forum. He also writes in a blog : misrasn54@wordpress.com